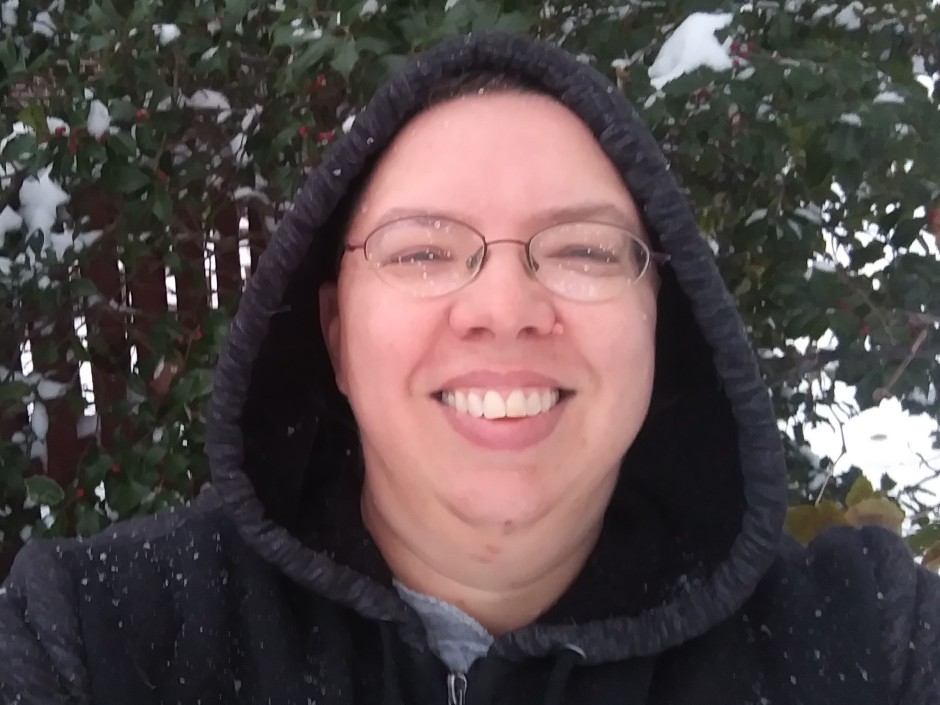 Transgender Day of Remembrance is observed annually on November 20. It is an unusual observance in that it is not a celebration holiday, but rather a time set aside for lamentation and resistance.  In transgender communities, when we remember our beloved dead; our siblings; our loved ones; our children, who have been lost to anti-transgender violence, we are doing more than compiling statistics. We are reclaiming our history and re-membering our community in the face of ongoing violence and humiliation, particularly against young transgender women of color.

reminder of the genocide of millions of Native people, the theft of Native lands, and the relentless assault on Native culture. Participants in National Day of Mourning honor Native ancestors and the struggles of Native peoples to survive today. It is a day of remembrance and spiritual connection as well as a protest of the racism and oppression which Native Americans continue to experience.

As a transgender person of European descent and Christian upbringing, it is important to my own growth and healing for me to lean into the connections between these two observances.

When European settler-colonists first came to what we now call North America, they brought a potent triple threat of white supremacy, Christian supremacy, and gender-based oppression. Our colonial legacy carefully weaves these three powerful forces together, through both violence and indoctrination. In other words, colonization is not just something that “happened” to Native peoples several hundred years ago. It is a dynamic force that continues today, shaping how we think about religion, race, and gender in every aspect of our world.

To heal from this inheritance, we must do more than simply express regret and move on. We need to unpack and examine the ways that this legacy continues to shape us and our relationships even today. It is a colonial legacy that certain kinds of violence (real or imagined) are applauded as “security” and others condemned as “savagery,” and also that some victims are perceived as “innocent” and others as “suspicious.” It is also a legacy that calls “deviant,” “sinful,” or “sick” any of us who exist or veer outside the bounds of Western gender norms that demand we conform to two and only two mutually exclusive gender narratives.

While white feminist trajectories (including gay, lesbian, and transgender aspects) have long attempted to separate gender issues from race issues, transgender women of color live at the brutal intersection of all three of these streams of violence. The lists of names and descriptions of violent deaths that are memorialized on Transgender Day of Remembrance are what colonization “looks like”* in public — that is, the triple threats deployed in full force on black and brown OtherWise gendered bodies, topped off with bountiful waves of self-righteous victim-blaming.

Transgender Day of Remembrance itself is an example of how colonization is alive and well in our world today. The stories of transgender women of color are too often colonized by white transgender communities, as well as observed by cisgender people as some kind of trauma porn. The energy released from such rehearsals of anti-transgender violence is too often deployed in support of other hardly related political aims. Well-meaning liberal-minded Christian communities, too, take part in this appropriation as we host TDOR services without fully grappling with the ways this multifaceted legacy shapes our relationships with the communities we seek to serve.

It is not enough for us to grieve and lament — though that is surely part of what we must do in response to these centuries of violence, assault after assault on the humanity of our siblings. It is not enough to talk about the criminal (in)justice system and how it does or doesn’t identify or punish perpetrators of violence. We can talk about cultural change, restorative practices, reparations and intersectionality — and we must — but it will never be enough until we begin to also claim and sort through this legacy of colonization.

I am a non-binary transgender person of European descent and Christian upbringing. I am and will always be in recovery from white supremacy, Christian supremacy, and oppressive Western ideas about gender. I claim my identity, not because I am proud of this history of exploitation and violence. Rather, because this is the legacy that I have inherited; because this is the healing that our ancestors still long for; because this is the true story shaping the ways we can (and can’t) build deeper solidarity with one another.

Articles like this are difficult, in that there is so much that needs to be said and no simple action step to propose that will quickly decolonize our society from this triple threat. “Just vote NO on colonization and all will be well!” It’s too much of a Gordian knot, intertwined and tangled with our history, institutions, and worldviews. The more we pull on one thread, the more another may be tightened. We must work together from many angles before we can break free.

Yet before we can fully make that collective work our own, we must admit that we are all bound by this legacy. We must fully claim who we are as descendents of this legacy of violence and indoctrination. It is not “fair” and I don’t have to “like it.” Of course, it is uncomfortable (as well it should be), but white supremacy, Christian supremacy, and the oppression of OtherWise gendered people are my inheritance nonetheless. Even a lifetime of immersion in nice, white liberal culture does nothing to change this fact.

However, I am not proposing “white guilt” as a solution for any of us. Our ancestor, lesbian Black poet warrior, Audre Lorde, wrote more than 25 years go:

Guilt is not a response to anger; it is a response to one’s own actions or lack of action. If it leads to change then it can be useful, since it is then no longer guilt but the beginning of knowledge. Yet all too often, guilt is just another name for impotence, for defensiveness destructive of communication; it becomes a device to protect ignorance and the continuation of things the way they are, the ultimate protection for changelessness.

So let us take heed of Mother Lorde’s words and listen, too, to the OtherWise yet among us who hold similar wisdom. Let us find our own anger and make our own lament about this colonial legacy that still shapes us in so many ways. Let our discomfort drive us towards changing the way we think and feel about the world we live in. Let us be rid of the impotence and defensiveness that may stand in the way of our joining in useful solidarity with others who are also targeted by the reigning colonial powers of today.

This Transgender Day of Remembrance, I am claiming my identity as a settler colonist in recovery from the legacy that I have inherited. This National Day of Mourning, I honor the powerful work that Two Spirit people are doing to reclaim their place in circles from whence they came. This Scorpio season, I declare again my intention to join with my siblings, trancestors, and other sacred OtherWise in doing my part to speak explicitly about the many ways white supremacy, Christian supremacy, and the oppression of OtherWise gendered people work together to divide us.

To quote Mother Major Griffin-Gracy, “We are still <expletive redacted> here.” Let us each find our own way to join the resistance.

*Cornel West has said “Never forget that justice is what love looks like in public.”

2018 by Chris Paige. All rights reserved.

Thanks to Cathy Knight and Church Within a Church Movement for the writing invitation. 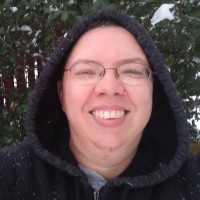 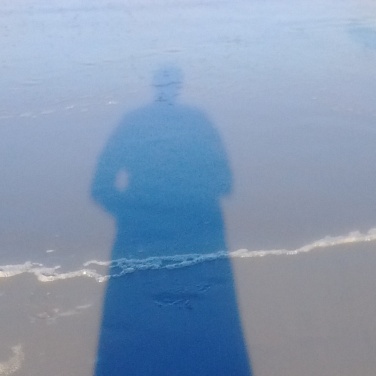 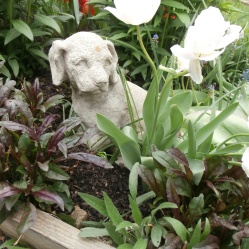 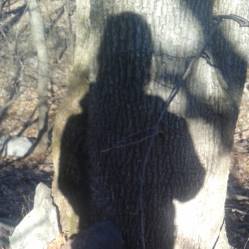 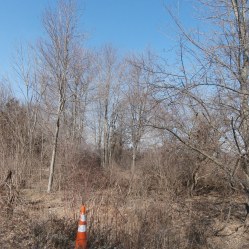 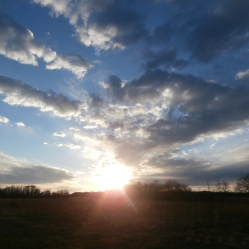 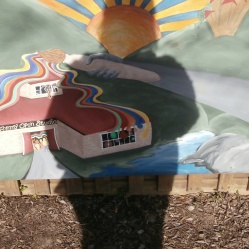 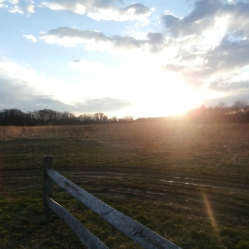 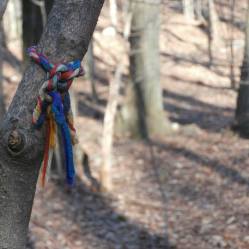 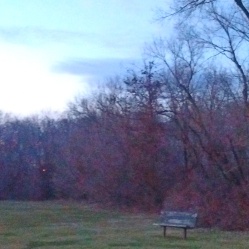 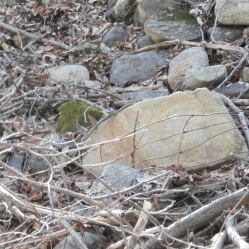 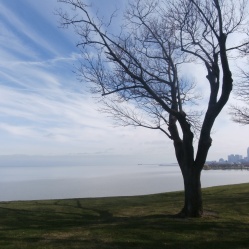 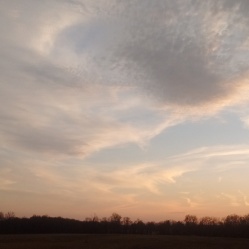 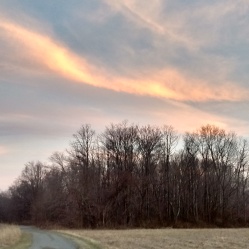 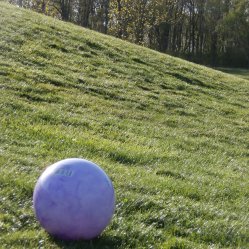